The Black Caps are in the midst of a form slump, following up a 3-0 Test series hiding in Australia with a 5-0 Twenty20 whitewash on home soil against India.

New Zealand Cricket (NZC) has come out in defence of national team’s head coach Gary Stead, who is drawing flak for taking a break in the middle of the ongoing home series against India. Stead is facing the heat after New Zealand’s shambolic performance against India in the recently-concluded T20I series which the hosts lost 0-5. Defending Stead’s controversial holiday, the board said his ‘week off was planned six months ago’.

Stead is under criticism for taking a holiday at a time when the Black Caps are enduring a form slump. Before the India mauling, New Zealand suffered 0-3 Test defeat against Australia. They are currently engaged in a three-match ODI series against the visitors.

But NZC chief executive David White has supported Stead, stating that the coach’s mid-season break during the ongoing three-match ODI series was pre-planned.

“Of any sport in New Zealand, cricket has the most demands for time,” White told reporters.

“These guys are away from home for a long time and we must manage their workload.”

Critics have come hard on Stead for his break with cricket legend Jeremy Coney all but accusing him of deserting the team in its hour of need. “This is probably the most important season we’ve had for 10 years, with no Zimbabwe, Bangladesh and West Indies to feast on,” Coney told Radio Sport Breakfast.

“We’re facing the three big boys (Australia, India, England) – they were marmalised in Australia and it’s now five-zip at home. Wouldn’t you think the main coach and selector would be there.

“Can you see Steve Hansen leaving the All Blacks after they are one-nil down against the Lions, and taking a week off before the second test? This is the job and this is the main part of the season. It’s ridiculous this is happening at this crunch time,” he added.

Cooney stopped short of suggesting that if Stead was missing his family, he should be replaced before the T20 World Cup later this year. “You don’t take your captain away from the helm when you are wanted most, when the ship is in deep shock, amongst the rocks,” he said.

“Would you call it desertion or would you just say it’s really bad look fellas? If I was (chief executive) David White I would say to myself, no I’m sorry Gary, you can wait a week.” 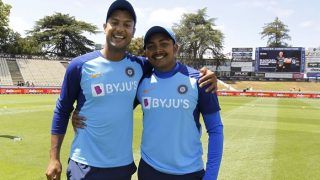 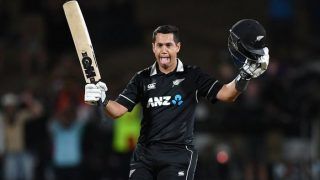