India on Wednesday suffered their worst T20I defeat in terms of run-margin.

India on Wednesday suffered their worst T20I defeat in terms of run-margin when they were pummelled by an all-round New Zealand in the series opener in Wellington.

After a quickfire 43-ball 84 from opener Tim Seifert powered them to 219/6 at the Westpac Stadium, Tim Southee led a superb bowling performance with 3/17 as India were bowled out for 139 in 19.2 overs.

New Zealand thus condemned India to an 80-run defeat which is their worse ever in the format. With this win, the hosts also took a 1-0 lead in the three-match series.

#Wicketkeeper-batsman Seifert recorded his maiden T20I fifty and thus registered his best score in the format, hitting 84 with seven fours and six sixes. 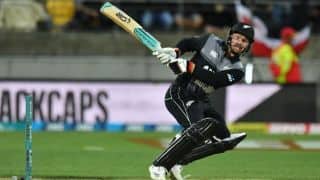 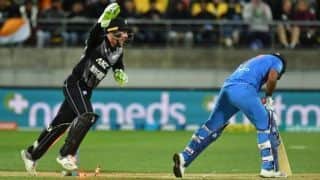