India needs nine wickets more to win the first Test at the Green Park Stadium to take a 1-0 lead in the two-match series. 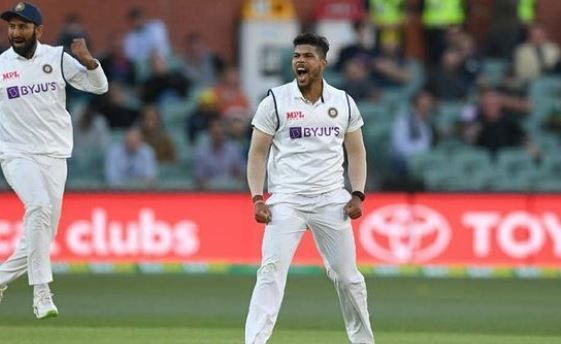 Kanpur: India pacer Umesh Yadav on Monday said that the bowlers will make adequate attempts on bowling wicket to wicket to the New Zealand batters. He added that in order to generate swing, they will have to lower the pace and bowl with control. India needs nine wickets more to win the first Test at the Green Park Stadium to take a 1-0 lead in the two-match series.

“It all depends on the wicket. Our full attempt will be in bowling to them wicket to wicket because there is variation in pace right now on the wicket, as some balls are going up-down, kicking or bouncing a bit. We will be trying to bowl to the plan and areas in target so that we can get more chances of LBW or bowled dismissals,” said Yadav in a chat with the broadcasters before the start of day five.

Talking about the plans of the Indian bowlers on the final day of the Test, Yadav remarked, “I think New Zealand bowlers were trying to swing the ball while in the first innings, we were trying to hit the deck because we thought we could get some purchase from the wicket as the ball was keeping low or going a bit up and down.

“We were thinking from that aspect but I think for making the ball swing, we will have to lower the pace a bit and bowl with more control at one place. It was a thing to learn from New Zealand bowlers to bowl with slower pace and consistently at one place wicket to wicket. It is a plan which we can apply.”

The 34-year-old, who is playing a Test match after featuring at The Oval against England in September this year, signed off by saying that his body is holding up well. “So far, it has been really good. The thing is that I am playing a Test match after a very long time, so it takes time for the rhythm to build up. I think my body is a bit better as we had a four-day camp in Mumbai before the Test series. It helped a lot so it’s better now.” 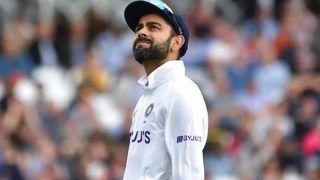 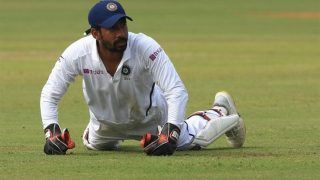 Wriddhiman Saha Injury Update: Why is KS Bharat Keeping Wickets on Day 5 at Kanpur vs New Zealand in 1st Test