India-Pakistan encounters have always been an exciting contest.

India is set to take on Pakistan in what is set to be an exciting contest. There has been a lot of build-up for this game and the day has finally arrived. India have beaten Pakistan on all five occasions they have faced each other in World Cups. Like any other match, this match too is set to be a closely contested match, which will probably go down to the wire. India vs Pakistan Live Score

Ms Dhoni, who scored the winning runs in the previous edition of the will lead the Indian side yet again in the World Cup. India and Pakistan met in the semi-final of the ICC Cricket World Cup 2011, which India again won and went on to the final to beat Sri Lanka to win the World Cup for the first time in 28 years. I

ndia will want the streak to carry on as both India and Pakistan play their opening fixture against each other on today at Adelaide. India have not been in the best of forms lately, the victory against Afghanistan in the previous warm-up match would have certainly given India a boost, but Pakistan won both their warm-up matches, first against Bangladesh and then against England. They will be going into this game with the much needed momentum. ICC Cricket World Cup 2015: SCHEDULE & MATCH DETAILS

India will sweat on the injury to fast bowler Bhuvneshwar Kumar ahead of the game. Pakistan bowlers lack the experience in One-Day Internationals (ODI) and the injury to Junaid Khan in the days leading up to the ICC Cricket World Cup 2015 was a major blow for Pakistan. India look the better side on paper, but it all depends on how both teams play on a given day. Cricket World Cup 2015: POINTS TABLE

Catch the Live Telecast of the match between India and Pakistan at Adelaide Oval on February 15 on Bangladesh TV.

Live Streaming is slowly meeting the demands of cricket fans all around the world  throughout the world. Live Streaming comes in handy to cricket lovers who are unable to access television and now therefore can watch any cricket match on the internet via Live Cricket Streaming. ICC Cricket World Cup 2015: Complete Coverage 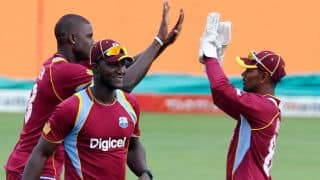