Qandeel Balochshared a steamy video for Shahid Afridi, ahead of tie between India and Pakistan at the ongoing ICC World T20 2016.

Pakistan’s internet sensation Qandeel Baloch on Saturday shared a steamy video on her Facebook page that was inclined towards the Pakistan skipper Shahid Afridi, ahead of the crucial tie between India and Pakistan, in Super 10 Group 2, Match 19 of the ongoing ICC World T20 2016 at the historic Eden Gardens in Kolkata. In the steamy video, she seemed to be saying Afridi that he needs to worry nothing, and must focus on winning the match, as it is a big day for all Pakistanis. She also added that if he managed to do so, she would give him everything he asks or fantasizes. The video has gone viral all over the internet. FULL CRICKET SCORECARD: India vs Pakistan, ICC T20 World Cup 2016, Match 19 at Kolkata

Having suffered an embarrassing defeat to New Zealand in the opening match of the T20 World Cup 2016, a battered Indian cricket team will look to bounce back in their all-important match against arch rivals Pakistan, at Kolkata on Saturday. The Indian cricket team has been on a roll in T20Is, but their shocking defeat to New Zealand by 47 runs has put them at the fourth position in the ICC T20 World Cup 2016 Points Table, whereas Pakistan, following their massive win over Bangladesh by 55 runs, are at the top. Internet sensation Qandeel Baloch shares a video of Indo-Pak clash played in 1999 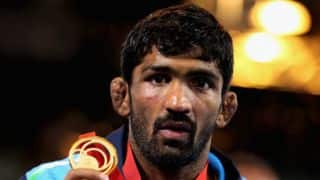