Sanju Samson and Sarfaraz Khan have steadied  India Under-19 as they were 121 for four after 27 overs against Pakistan in the ICC Under-19 World Cup 2014 match at Dubai. 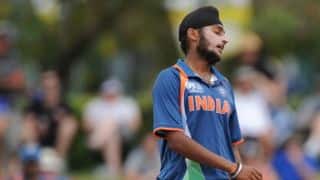