Pakistan reached 62 for no loss against India in the ICC Under-19 World Cup 2014.

The Indian bowlers provided a strong start, not allowing the opposition batsmen to get away early on, as they were 21 for no loss after seven overs. 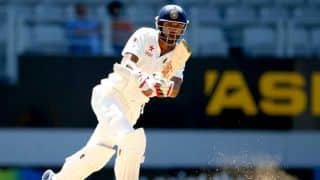