Shimla: Himachal Pradesh Chief Minister Virbhadra Singh on Tuesday said that the Himachal Pradesh Cricket Association ( HPCA) should consider not holding the Twenty20 World Cup match between India and Pakistan on March 19 this year if war veterans were opposed to it. “If our war veterans don’t want the Indo-Pak match to be held in Dharamsala, the Himachal cricket association should accept their condition if they respect them. They are not opposing the holding of matches. They are against the Pakistan team playing in Himachal Pradesh,” Singh told ANI here. ALSO READ: India vs Pakistan,ICC World T20 2016: HP government unwilling to host match at Dharamsala

“Many incidents have taken place in recent past, like Pathankot attack. Soldiers from Himachal lost their lives in Jammu and Kashmir,” he added. Singh on Monday asserted that the much awaited World T20 match between India and Pakistan, slated to be played on March 19, should not be held in Dharamshala. “Seeing the attitude of Pakistan towards India and the recent terror attacks in Jammu and Kashmir where soldiers from Himachal Pradesh have also sacrificed their lives, at such a situation, cricket match with Pakistan should not take place, at least in Dharamshala,” Singh told the reporters. 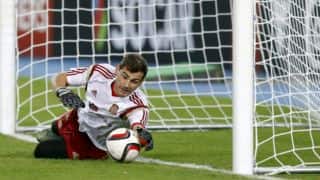 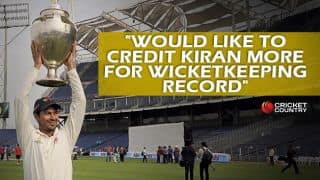