Kolkata: West Bengal Chief Minister Mamata Banerjee on Friday assured of foolproof security arrangements for the India–Pakistan World Twenty20 match on March 19 and promised BCCI all possible co-operation. “Whenever guests come to our state, we extend all help and cooperation. Law and order is a state subject. BCCI has told us [about the match] and we have said we will extend all kinds of help,” the Chief Minister said. In a letter to CAB President Sourav Ganguly on Thursday, Banerjee said the state government would make all security-related arrangement for hosting the match and asked him to communicate it to the ICC and BCCI. The Chief Minister has also given necessary instructions to the law enforcement authorities for smooth conduct of the match at th Eden Gardens, officials said. Full Cricket Scorecard: India vs Pakistan, ICC World T20 2016, Match 19 at Kolkata

India on Friday assured Pakistan of full security to its cricket team that will take part in the World T20 in two venues in India before the last stage matches. The assurance was given to Pakistan High Commissioner to India Abdul Basit when he called on Home Secretary Rajiv Mehrishi on Friday. Sources in the Home Ministry said the Home Secretary assured Basit of extending full security for the Pakistani cricket team. Pakistan s main concern has been addressed. They had objected to Dharamshala venue and it has been changed now. The Pakistan team will play only in Kolkata [two matches] and Mohali [two matches], they said. After the meeting Basit told media that Mehrishi has given full assurance to him and he will send his recommendations to Islamabad and that they will take the final call. 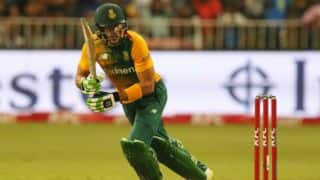 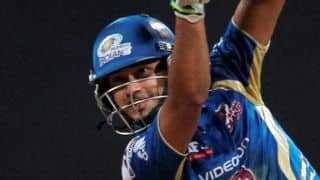 Aditya Tare: IPL gets me money, but I prefer four-day cricket