Sanju Samson has been in an aggressive mood at Sharjah.

Sanju Samson’s quickfire fifty has helped India get on track for a big score after a slowish start against Papua New Guinea in their ICC Under-19 World Cup 2014 encounter at Sharjah. Samson has Shreyas Iyer for company, but he has done most of the scoring.

After a measured start, Samson has smashed it around with ease. In the 40th over, he smashed 23 runs, hitting four fours and a massix six. He sped away to his fifty in only 33 balls. The off-side in particular has seen him lace the park with the scoring shots. In 42 overs, India are 222 for three and look good for a big score.

Another 18 were taken off the 42nd over. 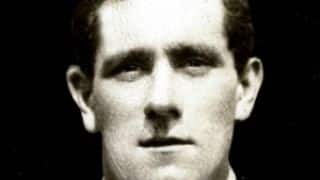 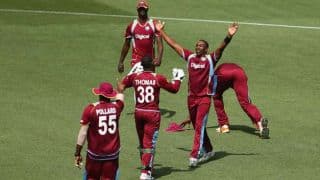