Hardik makes his comeback in the three-T20I series against South Africa starting Sunday.

With Hardik Pandya set to play his first competitive game since the World Cup semifinal, former batsman VVS Laxman believes the allrounder’s return to the national team bodes well for India. Pandya was rested from the tour of West Indies, which India completely dominated to capture the T20I, ODI and Test series and makes his comeback in the three-T20I series against South Africa starting Sunday.

“India boast a powerful and experienced batting line-up which gives them the edge straightaway, and the return of Hardik Pandya adds greater firepower to the batting and balance to the team,” Laxman wrote in his column for Times of India Sunday. “While Hardik will slot straightaway into the playing XI, I would also like to see Manish Pandey retain his place because against West Indies, he didn’t get many opportunities to showcase his abilities.”

As the preparations for the T20 World Cup next year in Australia begin, Laxman says India would eye a strong performance against an inexperienced South Africa, especially after beating the reigning T20 champions West Indies 2-0 on their soil last month.

READ: Five South Africa players to watch out for

“Against a new-look South Africa is the three-match T20I series, which India will approach with great confidence and optimism,” Laxman, who played 134 Tests and 86 ODIs, added. “Their last outing was an unqualified success, away from home, against the formidable West Indies who are the defending Twenty20 World Cup champions. The ease with which India brushed them aside in Lauderhill and Providence was a tremendous achievement, and I expect an equally strong performance against Quinton de Kock’s young South Africa side.”

While India’s squad composition looks more or less settled, Laxman does however that the team should look at options at the top of order outside of Shikhar Dhawan. The left-hander, Laxman feels, hasn’t been in the best of forms, having scored 105 runs from seven innings at an average of 15. In the T20Is in West Indies, Dhawan scored 1 and 23 although he did manage to strike couple of half-centuries representing India A against South Africa A.

“With the next T20 World Cup a little over a year away, India will have to decide whether Shikhar Dhawan is still the preferred opening partner for Rohit Sharma going forward. Shikhar has been out of sorts in seven T20Is this year, and there are a lot of other batsmen capable of striking up a good alliance with Rohit at the top of the order. How long a rope the team management is willing to give him will make for interesting viewing,” he pointed out.

While India possess a strong batting line-up, the bowling front is a little short on experience. In the absence of Bhuvneshwar Kumar, Mohammed Shami and Bhuvneshwar Kumar, the fast bowling department is being handled by Navdeep Saini, Deepak Chahar and Khaleel Ahmed and Laxman has hopes from these youngsters.

“On the evidence of what we saw against West Indies, Navdeep Saini is one for the future if handled carefully and given enough games. His pace is his X-factor, and he is capable of making an instant impact,” he explained. “Deepak Chahar is a proven wicket-taker, especially in the Powerplay because of his ability to get the ball to move both ways in the air. Hardik’s presence will allow India to play either a fourth seamer or a third spinner and have six full-fledged bowling options without compromising on batting strength. Both Krunal Pandya and Ravindra Jadeja will be in my starting XI for their versatility and quality.”

Laxman also weighed in on South Africa’s chances against India. With regular skipper Faf du Plessis rested, Quinton de Kock will lead a young side as South Africa aim to banish the poor memories of the World Cup.

“South Africa are in the process of rebuilding, and it will be up to de Kock to shoulder the responsibility and shore up the batting department as they begin their preparations for the World Cup. No South African side caves in meekly and I don’t expect this lot to either, but all things being equal, I don’t see them putting it past India if Virat’s men play to their potential,” Laxman added. 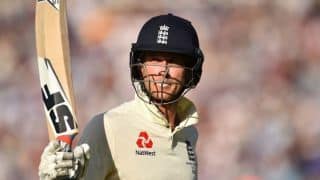