India will have to make up for their average performance on Day 2 of 2nd Test. 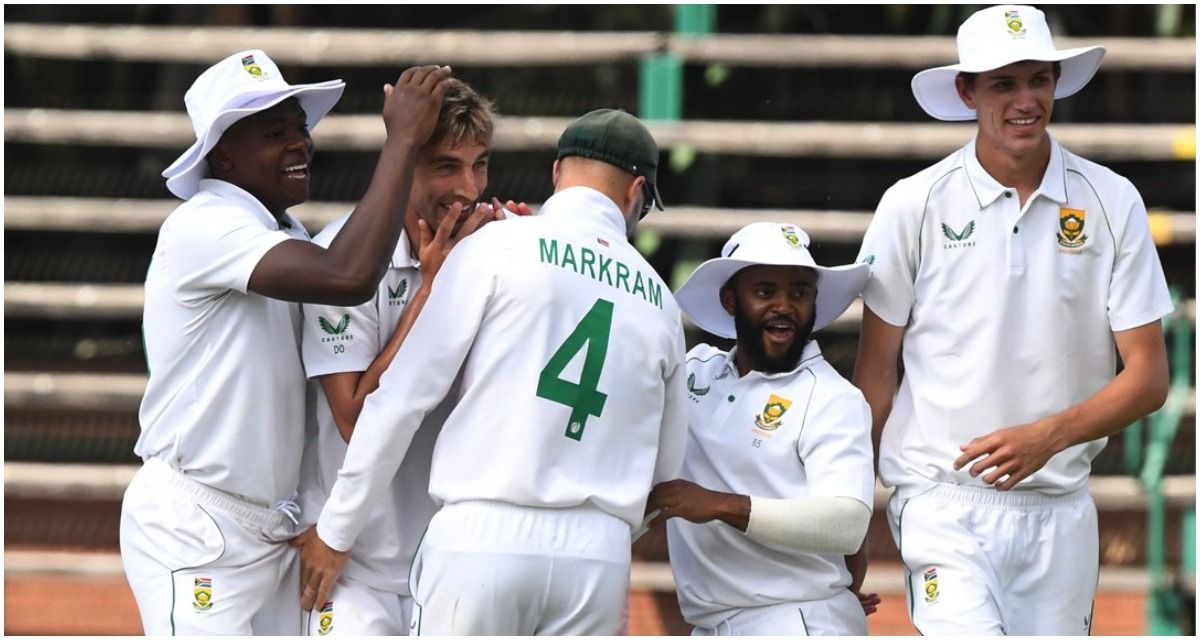 Johannesburg, Jan 3: India didn’t have the best starts in the 2nd Test at The Wanderers on Monday as Marco Jansen, Kagiso Rabada and Duanne Olivier inspired South Africa to bundle out India for 202 in the first innings. KL Rahul was leading the side today as Virat Kohli missed the match due to a lower back spasm and was the pick of the batters as he scored a well-constructed 50 runs. Ravichandran Ashwin played an important knock of 46 towards the end to get India past 200.

South Africa finished the day with skipper Dean Elgar and Keegan Petersen at the crease, not out at 11 and 14 respectively.

After being bowled out for a modest score, Mohammed Shami gave India the first breakthrough as Aiden Markram was trapped plumb in front of the wicket. Shami got the ball to skid in from a good length and Markram tried to defend but was beaten and struck on the pads.

Shami continued to trouble captain Dean Elgar, beating and squaring him up on multiple occasions as Jasprit Bumrah kept the pressure up from the other end. Keegan Petersen collected two fours off Shami to get going.

During the 18-over spell, Elgar and Petersen were beaten on multiple occasions but did well to survive. Bumrah almost had the wicket of Petersen if Rishabh Pant had caught a tough catch with his right glove. Elgar was beaten four times in an over by Mohammed Siraj. But an over before stumps, Siraj walked off midway from his over, clutching the right hamstring.

Earlier, India, who were 146/5 at tea, added 56 runs for the loss of five wickets to finish at a modest total of 202. Pant and Ravichandran Ashwin added ten more runs to their partnership in the second session to stitch a stand of 40 runs off 48 balls for the sixth wicket, with the off-spinner being the more aggressive of the two.

But Marco Jansen ended the partnership, taking out Pant with a delivery angled towards off-stump and coming in to take the inner edge to Verreynne. In the next over, Duanne Olivier picked his third wicket as Shardul Thakur slapped away from the body straight to Petersen at gully.

Ashwin continued to counter-attack, clipping Rabada through mid-wicket with the full face of the bat, and leaned forward to drive Olivier through mid-on. Shami cut Rabada solidly but drove straight back to the bowler, who completed a superb caught and bowled dismissal.

Ashwin survived a chance at 44 when Bavuma almost pulled off a screamer at deep cover. But on the very next ball, Ashwin backed away to upper-cut a short ball from Jansen and miscued it completely to Petersen at point.

Bumrah brought out the long handle to smash Rabada for 14 runs, including two fours and a six to take India past 200. Rabada then wrapped the Indian innings by strangling Mohammed Siraj down leg. 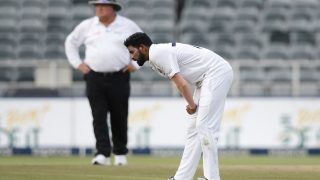 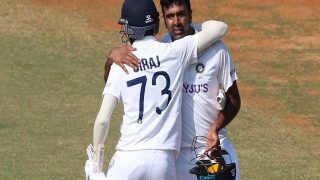 SA v IND, 2nd Test: With Mohammed Siraj You Can Expect Him To Come Out And Give His Best, Says Ravichandran Ashwin