The record of 98 matches was held by MS Dhoni prior to the match and Sharma is the current co-holder of the record.

Rohit Sharma might not have had the best of times with the bat during the third T20I against South Africa at Bengaluru, but the Mumbai batsman managed to equal the record for most T20I matches played for India.

The record of 98 matches was held by MS Dhoni prior to the match and Sharma is the current co-holder of the record.

Most T20I matches for India

Sharma managed just nine runs in eight balls before being dismissed by Bueran Hendricks in the third over of the match. India eventually ended with 134/9, but South Africa cantered home with nine wickets in hand, riding on Quinton de Kock’s 52-ball 79 to and draw the series 1-1. The first match of the series was abandoned with a ball being bowled at Dharasala, while India registered a dominant victory at Mohali.

ALSO READ: ‘Exactly what we wanted to do’ Kohli defends decision to bat first

During his eight-ball stay, Sharma also managed to become the highest run-getter in T20Is, but the record was short-lived as Kohli, a close second, surpassed his deputy with a knock of nine runs in 15 balls. Currently. Kohli is ahead of Sharma by seven runs with 2450 runs in 72 matches at an average of exactly 50.00, while Sharma has 2443 at 32.14.

Most T20I runs for India

In the overall tally, Pakistan’s Shoaib Malik leads with most T20I matches in a career with 111 while Shahid Afridi is second placed with 99, followed by Sharma and Dhoni. Rounding off the top five is New Zealand’s Ross Taylor with 90 matches for his country. 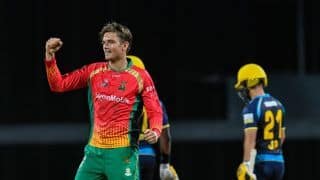 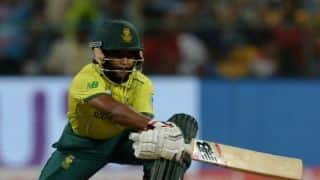