The rain gods have strayed away from Mohali – venue of the second match – with conditions expected to be perfect for play.

The series opener of the three-match Twenty20 International series between India and South Africa ended in a damp squib with the match in Dharamsala washed out without a ball being bowled.

The rain gods have strayed away from Mohali – venue of the second match – with conditions expected to be perfect for play.

According to the weather forecast, temperature will hover around the 30 degree Celsius mark during the match. However, there will be no respite for the players as far as the humidity is concerned with levels going up to a maximum of 70-75 per cent. There will also be plenty of light south-easterly and east-southeasterly winds which may make it easier for play with precipitation levels also on a low.

As far as the pitch is concerned, Mohali is known to be a batsman’s paradise, so expect a high-scoring thriller with the pitch offering good bounce for the batsmen and bowlers to exploit.

However, Daljit Singh, who recently quit as chairman of the BCCI pitches and grounds committee, reckons the pitch which used to be bowler-friendly has now been assisting batsmen more.

“Every pitch has a shelf life. For more than 26 years cricket is being played here. A lot of cricket has been played on the Mohali tracks in this period. So, it is bound to lose its original character. The important thing is to prepare a pitch which offers a bit of everything to the cricketers,” he told Hindustan Times on Tuesday.

He revealed that special preparation has been done to make the Mohali pitch a high-scoring one.

“We take care of the pitches very well in the off-season. No cricket action is witnessed in July and August on the Mohali pitches,” Daljit, head curator at Punjab Cricket Association’s (PCA) newly built stadium in Mullanpur, near Chandigarh, informed.

The last time South Africa toured India for a T20I series, they prevailed 2-0.

Below are details on how to watch the match LIVE

Weather: Partly cloudy with a maximum high of 32 degrees Celsius

You can also follow LIVE streaming of the match on CricketCountry (India vs South Africa, 2nd T20I: Scorecard) 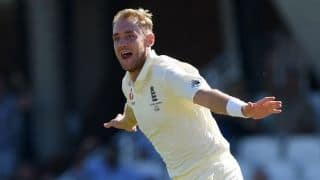 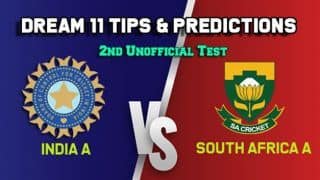