India have won the Test and ODI series against Sri Lanka and now head to the three match T20I series starting December 20.

India have won the Test and ODI series against Sri Lanka, and now head to the three-T20I series starting tomorrow. Rohit Sharma will captain in T20Is for the first time, in the absence of Virat Kohli.

They are not perturbed

“All of them have come with a lot of IPL experience behind them some have played 20-30 games. They are not as perturbed as they used to be in earlier days. It gives them a lot of confidence to come into the International set-up,” Dinesh Karthik said ahead of the series opener.

“I’m sure these are exciting times for the young boys. I’m very confident that they will make best use of the chances given to them. It’s a great opportunity for all the young boys coming in,” he added.

In the past year, India have made many a change in the limited-overs format, giving an opportunity to the youngsters. The results, however, remained the same: India continued their domination.

We are a very strong side

“We are trying to assess how each one reacts to different situations. These are great platform for a lot of young guys to come in and showcase their talents. As senior players, we just try and help these young guys as much as possible.

The Indian team has reached a stage where no matter which team we are playing, we are a very strong side and we are trying to achieve some good thing on the field every time,” he added.

Of late Karthik has been batting at No. 4. Commenting on the same he said he is open to bat at any position.

“Depending on the situations and number of overs, I might go up and down a little bit but I’m seeing myself starting at number four for sure,” he said.

The last time India played a T20I at Barabati Stadium, Cuttack, they performed badly by getting all-out for 92 against South Africa. However, Karthik is looking forward to play here and expecting a packed stadium.

“This a beautiful stadium to play and you generally get a packed atmosphere. It’s a great venue to play cricket and we are looking forward to it.

“We are the home team. When you play in India you have a lot of advantage.” 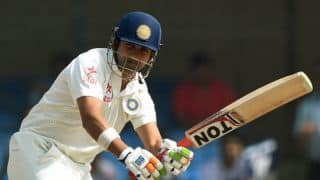