Yuzvendra Chahal and Kuldeep yadav were hammered for plenty at Indore but still managed to pick 7 of the 9 Sri Lankan wickets to fall as India took the series with an 88-run win.

India s wrist-spin duo Yuzvendra Chahal and Kuldeep Yadav have been immensely successful since the time they have been given regular slots in the XI. The duo were hammered for plenty at Indore but still managed to pick 7 of the 9 Sri Lankan wickets to fall as India took the series with an 88-run win. Kusal Perera s 37-ball 77 led Sri Lanka s fight but it wasn t enough. Kusal had struggled to get going in the first match at Cuttack. He admitted that his side have had difficulty in picking Chahal and Kuldeep.

They are bowling really well and generally the wrist- spinners with their variations are hard to pick. But this wicket offered very little for the bowlers and was excellent for batting and we could have done better, Kusal said at the post match press conference.

Perera shared a 53-ball 111 runs stand with Upul Tharanga and was severe on the wrist spinners.

We tried to capitalize with fours and sixes. We didn’t want too many dot balls. We tried to hit out and ended up losing too many wickets, added the 27-year-old.

Kuldeep had gone for 45 runs off his first 3 overs. That did not dent his confidence. He dismissed Kusal, captain Thisara Perera and Asela Gunaratne in the 14th over to end Sri Lankan hopes

Kuldeep took three wickets in an over. The momentum went away from us at that moment and we never recovered, Kusal lamented.

On asking India to bat first

Thisara elected to field and then began the carnage. However, Kusal defended the decision of the fellow Perera.

We have to back our strengths. We have good batsmen, but Rohit and KL Rahul were brilliant with that partnership. We tried to back ourselves and play to our best when batting, but it didn’t go our way. Winning and losing are part of the game. We try to learn from what we did wrong. As a team we are trying to improve. We have to think of our batting and how we can do things better, he added.

On his own heroics

Kusal s 77 off 37 balls wasn t enough for Sri Lanka to cross the line. However, the southpaw is pleased with his comeback.

I backed myself. It was very pleasing to get going after a long injury lay off. I believe in my ability. However, your individual performances don’t matter and you have to think of the team winning and that’s what counts, he said.

The final T20I will be played at Wankhede Stadium, Mumbai on December 24. 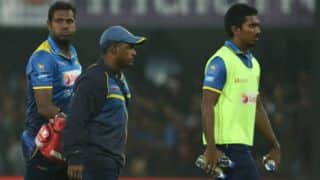 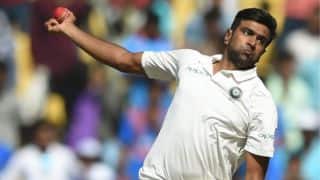