Jhye Richardson is excited and feels adaptability will be a crucial factor.

Jhye Richardson is excited and feels adaptability will be a crucial factor after the pacer was named in Australia s Test squad for the two-Test series against Sri Lanka. The man he replaces is Josh Hazlewood, who was diagnosed with a stress fracture on his back and subsequently ruled out of the series. (ALSO READ: Richardson replaces injured Hazlewood for Sri Lanka Tests)

Richardson is coming off a three-ODI series against India, and even though Australia lost 0-1, the 22-year-old was impressive picking up six wickets, including a career-best 4/26 which was instrumental in Australia s 34-run win in the first ODI. Richardson took out Virat Kohli and Ambati Rayudu in the same over to reduce India to 4/3 chasing 289 to win and went on to take out the India captain twice more in as many games.

It s about being adaptable, Richardson told media on Saturday morning. Whatever that role may be, then I m happy to accommodate that. I like to run in and bowl fast, but sometimes that s not what s needed. I might need to come in and stem the flow the runs or build some pressure. I think I m learning how to do that better, especially over the past year in Shield cricket.

Richardson admitted to his call-up being a little bittersweet considering Hazlewood s injury, but he gets to join the likes of Mitchell Starc, Pat Cummins and Pater Siddle in the fast bowling department. Richardson may or may not receive a Baggy Green but from making his ODI debut not too long ago to now being on the cusp of playing his maiden Test for Australia is a huge confidence booster for the youngster.

I think that s the joy of my career so far, I ve learned how to deal with things that have popped up quickly, Richardson said. A couple of years ago everything happened in such a whirlwind, I went from nowhere to stepping up and playing international cricket for Australia.

Richardson has been quite the find for Australia. He picked up 27 wickets in the JLT Cup that was instrumental in landing him a berth in the ODI squad. With the series against Sri Lanka scheduled to be played with the pink ball, the 22-year-old is not fretting much over it.

I probably had one of my better games when I played at the WACA under lights, so I m really looking forward to it, Richardson said. We ve seen during that twilight period that the ball moves around a little bit more. I definitely like to swing the ball early, which will be the plan if I do get to play. Every advantage is ideal going into this series.

This is not Richardson s maiden call-up though. He was part of the squad that toured South Africa last year the same series where the ball-tampering scandal broke out. Richardson, despite not getting a game, admitted having learnt a lot watching the South Africa fast bowlers operate.

It was a great learning experience from a cricket point of view, to be able to see the way Test cricket works and how gruelling it is, Richardson said. It s called Test cricket for a reason. You might be called upon to bowl 40-plus overs for the game, just like in Shield cricket it s pretty taxing on your body. That s the joy of it.

Shield cricket this year, I ve really enjoyed the long spells and challenging myself to become a long-format bowler. 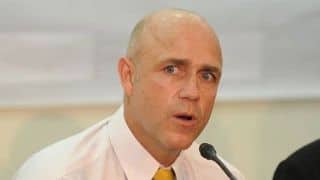 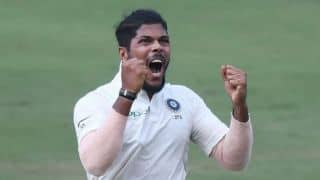