India take on neighbours and hosts Sri Lanka in the final of the ongoing ACC Under-19 Asia Cup 2016 at the R Premadasa Stadium in Colombo on Friday. The live cricket streaming of the match is available on Hotstar, while the live telecast of the match is available on Star Sports 1. India put up an impressive show in the tournament, starting with the group stage, where they remained unbeaten, winning all the three matches, and finishing on top, while they also had an easy run in the semi-final against Afghanistan, as they wait to wrap the tournament up with the same winning performance against Lanka, and crown the junior Asian champions.

India have been unbeaten throughout this tournament. Incidentally, Sri Lanka s only loss in the tournament came against India in their final group stage match. They lost the match by six wickets after setting India a 208-run target. Shubman Gill top scored in that match with a 79-ball 78. As a result, India topped Group A with 15 points from 3 matches, while Sri Lanka finished runners-up with 9 points from their 3 matches. Besides that defeat at the hands of India, Sri Lanka beat Nepal by a run and followed that up with a comfortable 8-wicket win over Malaysia in their next game.

India and Pakistan shared the title in 2012, but it was India, who triumphed over their arch-rivals when the teams played in the final in 2013-14. At this rate, India are firm favourites to win the tournament again, but they cannot underestimate this Sri Lankan side especially in their own backyard. 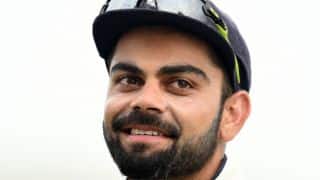