India vs West Indies, 3rd ODI 2017: The live cricket streaming of the match will be available on Sony LIV.

India were expected to make early inroads in the first of the five-match ODI series against West Indies. They were on course for a big score with Virat Kohli and MS Dhoni batting in the 40th over of the series opener. Nonetheless, persistent rains ruled out any further play and both teams went to the second encounter in a bid to take a lead. India were rightly touted as favourites and outplayed the hosts with ease. IND vs WI, 3rd ODI preview & likely XIs

An all-round performance, coupled by tame surrender from West Indies, meant India take a predictable 1-0 lead. The third ODI will be another chance for the tourists to maintain momentum, whereas hosts will have their task cut out to level the series. 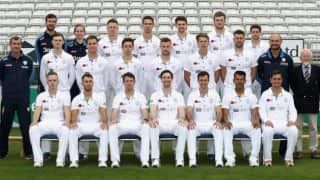 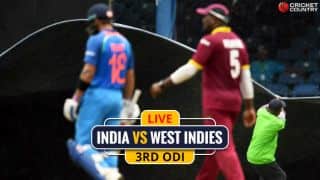