Manish Pandey and not KL Rahul will bat at No. 4.

Virat Kohli has won the toss and India have opted to field in the series opener of the three-match Twenty20 Internationals against West Indies at Lauderhill in Florida on Saturday.

Captain @imVkohli calls it right at the toss. Elects to bowl first against West Indies in the 1st T20I at Central Broward Regional Park Stadium.#WIvIND pic.twitter.com/ib4PTxrwtN

Virat Kohli: “We will bowl first. This wicket has been under covers so there might be a bit of moisture and it’s gonna get flatter with more sun on it. It is always good to get on the park. Teams have moved on, first few days were difficult when the tournament was going on. But you accept it and life goes on. We are pretty fine now had a good exciting fielding session the day before and everyone is excited to take the field now. Look the priority will always be winning, but in that process you need to try out combinations and trust your players and expect them to perform under pressure, that’s what international cricket is all about. Walk into the team, cement your place, grab the opportunity with both hands, all of us have done that at some stage. There is T20 World cup to look forward to, so you start rebuilding again. There is not much time to go over things that have happened in the past. It is always looking ahead in the future. Chahar brothers, KL Rahul and Shreyas Iyer are not playing, rest make the eleven.”

Carlos Brathwaite: “We would have bowled first too because of the same reasons. There might be a bit in it for the first few overs. We have to see that tough period out and have enough wickets for the back-end of the innings. We are building, looking forward to the T20 World Cup. Hopefully, we will peak in the T20 World Cup obviously with the emphasis of winning each series. We have left out Jason Mohammed, Anthony Bramble, Khary Pierre.” 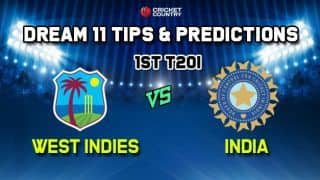 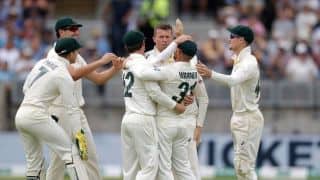