Nicholas blazed away to a brilliant 25-ball 53, bringing up his maiden T20I half century.

An unbeaten 87-run partnership for the fourth wicket between Nicholas Pooran and Darren Bravo powered West Indies to 181/3 in the third and final Twenty20 International at the MA Chidambaram Stadium in Chennai on Sunday.

Opting to bat, West Indies retained the same playing XI in the last match on the tour, an inconsequential one, after India sealed the three-match series 2-0 in Lucknow.

Shimron Hetmyer and Shai Hope laid the foundation with a 51-run partnership. However, India struck back with legspinner Yuzvendra Chahal, playing his first match of the series with Kuldeep Yadav rested, accounting for both the Windies openers.

Chahal had Hope, who tried to go for another slog sweep, but ended up picking Washington Sundar at deep midwicket to depart for 22-ball 24, with three boundaries and a six to his name. West Indies lose their first wicket in 6.1 overs. Hetmyer followed his partner 16 balls later after cutting it straight to Krunal Pandya at deep backward point. The 21-year-old departed after scoring 26 off 21.

Denesh Ramdin scored a run-a-ball 15 before he smashed it back onto the stumps to give Sundar, who was pretty expensive in his 1/33, his first wicket.

Social media went abuzz to see Nicholas Pooran out in the middle with captain Carlos Brathwaite and T20 expert Kieron Pollard still in the dugout. However, Pooran repaid faith in the decision and blazed away to a brilliant 25-ball 53, bringing up his maiden T20I half century, an innings that was decorated with four boundaries and as many hits over the fence. Bravo struggled for his 37-ball 43, but provide good support to Pooran. 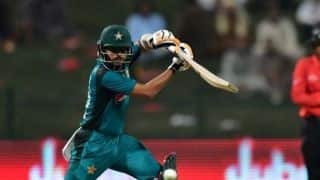 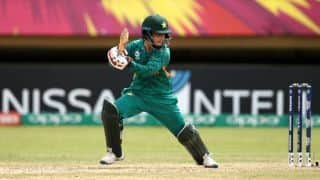