The court explained that it did not see anything wrong if BCCI shifted the venue based on absence of the hosting agreement.

The Bombay High Court on Wednesday refused to put an interim stay on the sale of tickets for the fourth ODI between India and West Indies at the Cricket Club of India s Brabourne Stadium in Mumbai on October 29.

The Mumbai Cricket Association (MCA), currently in a tussle with the BCCI after the governing body shifted the venue of the fourth ODI from the Wankhede Stadium to the adjacent Brabourne Stadium, approached the High Court to put an interim stay on the sale of tickets.

According to a report in PTI on Wednesday, counsel MM Vashi, appearing for the MCA, argued that the BCCI shifted the venue only because MCA did not submit a hosting agreement. The hearing was presided by justices BR Gavai and MS Karnik.

“We were to hold the match at the Wankhede Stadium and several conditions pertaining to ticket sale, broadcasting rights was laid down. We confirmed to adhere to it all. One of the conditions was to submit a hosting agreement,” Vashi said.

“However, we could not submit the said agreement as it had to be signed by an administrator. At present, the MCA has no administrator. The Brabourne Stadium is not equipped to host an international match. The last match played there was in 2009.

In its reply, the court explained that it did not see anything wrong if BCCI shifted the venue based on the absence of the hosting agreement.

“What is wrong in this? The MCA does not even have a Board of Directors. The two retired judges appointed by high court to act as administrators have expressed their unwillingness to continue due to the allegations levelled against them,” Justice Gavai said.

“We do not intend to pass any interim order as sought by the petitioners. You [petitioners] can approach the Supreme Court if you wish to as the apex court is seized of similar matters pertaining to the MCA.

MCA members Sanjay Naik and Ravi Sawant had filed the petition and said that it was illegal and arbitrary on the part of BCCI to shift the venue without notice. The last international match held at the Brabourne Stadium was an ODI in 2006 and a Test in 2009 when India played against Sri Lanka. 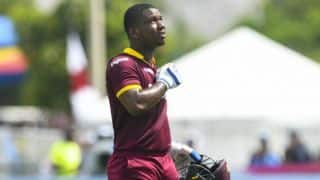 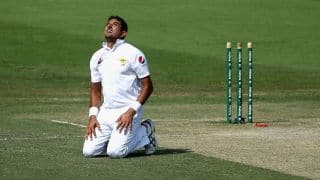