Catch the preview to the ICC World T20 2016 warm-up match between India and West Indies at Eden Gardens on Thursday.

India and West Indies will throw down in the ICC World T20 2016 warm-up match at Eden Gardens on Thursday. India are a team on a roll, having lost just one Twenty20 International (T20I) this year. They whitewashed Australia Down Under, beat Sri Lanka 2-1 at home, and then had an undefeated run in Asia Cup T20 2016, where they beat hosts Bangladesh to win the trophy. West Indies, on the other hand, have been floundering in One-Day Internationals (ODIs) and Tests for years. Their sole redeeming factor is T20Is. Live Cricket Scores and Updates: India vs West Indies, ICC World T20 2016 IND vs WI, warm-up match at Eden Gardens

West Indies have some of the biggest names in T20 cricket. Chris Gayle is hands down the most consistently destructive batsman in the format, while the all-round trio of Darren Sammy, Andre Russell, and Dwayne Bravo are capable of turning games around single-handedly with either bat or ball. However, West Indies have been hampered by many of their cricketers pulling out ahead of the tournament. Live Cricket Streaming: India vs West Indies, ICC World T20 2016 IND vs WI, warm-up match at Eden Gardens

Lendl Simmons, Darren Bravo, Kieron Pollard, and Sunil Narine withdrew from the tournament for various reasons, which will undoubtedly hamper West Indies’ chances. Pollard, Simmons, and Narine are match winners in T20 cricket, and their absence will sting further given the enormous success they have enjoyed in Indian conditions during Indian Premier League (IPL). READ: Hardik Pandya is proving himself an ideal all-rounder for India in T20Is

This practice match will be the ideal opportunity for both teams to test players who have not enjoyed much match practice. For India, those players are Ajinkya Rahane, Harbhajan Singh, and Pawan Negi. Mohammed Shami is a part of the squad as well, but has not played competitive cricket for quite some time. The other men got a game in the Asia Cup T20 2016, but one match is hardly enough ahead of a big tournament. More importantly, Negi and Harbhajan played against a grossly overwhelmed UAE. Rahane, meanwhile, was dismissed for a duck in India’s thrilling run-chase against Pakistan. That he was done in by a red-hot Mohammad Aamer does not quite justify the failure. India would also want Yuvraj Singh and Suresh Raina to spend some more time in the middle. READ: Virat Kohli’s genius trumps Mohammad Aamer’s brilliance as India beat Pakistan by 5 wickets in Asia Cup T20 2016

West Indies would want to find a settled combination ahead of the main tournament. They have not played a lot of T20Is recently, though they recently played Zimbabwe in a few practice matches in UAE. Players like Carlos Braithwaite and Andre Fletcher do not have much experience playing in Indian conditions, so they will want to acclimatise themselves to the conditions quickly. 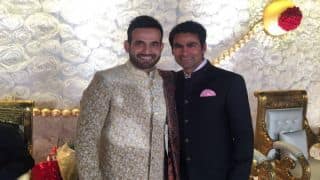