The second ODI was scheduled to be held at the Holkar Stadium in Indore.

The long-standing tussle between the Board of Control for Cricket in India and the Madhya Pradesh Cricket Association (MPCA) over the issue of complimentary tickets has reached breaking point with the governing body left with no option than to shift the second one-day international between India and West Indies, scheduled on October 24 at Indore, to Visakhapatnam.

The second ODI to be played between India and Windies will now be held at Visakhapatnam s Dr YS Rajasekhara Reddy ACA VDCA Cricket Stadium, a BCCI media release said on Wednesday.

The issue began with an agreement where 1,300 tickets of the pavilion block of the Holkar Stadium in Indore were demanded for sponsors and other related parties for the match. However, MPCA raised questions about the number as the capacity of the stadium is around 27,000, including 7,200 seats of the South Pavilion Block.

The MPCA were showing strong signs of backing out from the issue. We have not received any formal information from the BCCI about the change in the match venue. We have also not got any clear answer from them on the issue of complimentary tickets, MPCA secretary Milind Kanmadikar said.

West Indies have played only one ODI at the Holkar Stadium on December 8, 2011 when then India captain Virender Sehwag scored a record 219 runs that helped India beat the Caribbean side by 153 runs. 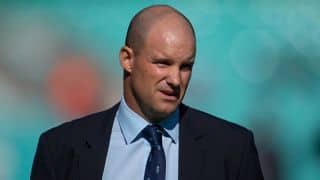