The TNCA were in a dispute with the BCCI s Committee of Administrators over the issue of complimentary passes.

The Tamil Nadu Cricket Association (TNCA) revealed on Thursday that the third T20 International between India and West Indies will be held on November 4 at the MA Chidambaram Stadium bringing an end to days of uncertainty.

The TNCA were in a dispute with the BCCI s Committee of Administrators over the issue of complimentary passes. However, according to a report in PTI, TNCA said that the CoA have accepted their demands and the match will be according to schedule.

“We are awaiting a confirmation mail from the BCCI and I can tell you that match will be happening in Chennai. There had been extensive discussions and the CoA has understood our rationale behind sticking to the old formula of membership passes. It’s a great news for cricket lovers in Chennai,” a TNCA official said on Thursday.

According to the BCCI constitution, 90 per cent tickets of the total seating capacity has to be put on sale for the public and only 10 per cent of tickets can be complimentary. Host associations raised objection to the clause after which the CoA decided to reduce BCCI s quote of complimentary tickets.

Meanwhile, Cricket Association of Bengal (CAB), organisers of the first T20I on November 4 were miffed with the BCCI after which it was decided that the membership tickets will not be counted in the 10 per cent category. BCCI would also forfeit 600 out of 1200 passes. “CAB has also sent its consent letter and signed the match agreement,” a BCCI official said. 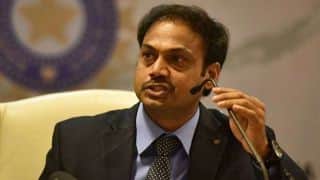 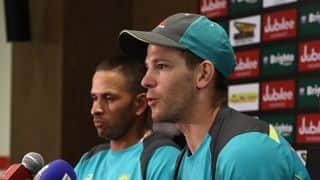