India eased past Zimbabwe in the 2nd ODI at Harare by eight wickets on Monday.

India successfully brought up another convincing win over Zimbabwe in the second One-Day International (ODI) at Harare on Monday. MS Dhoni’s men showed an all-round show again, winning the tie by a margin of 8 wickets. Zimbabwe continued to put up a poor fight with the bat, apart from Vusi Sibanda. The hosts in the second game of the three-match series were bundled out for just 126 in 34.3 overs (from which 53 runs came from Sibanda’s bat). India’s bowling looked in complete command with Yuzvendra Chahal leading the pack with 3 scalps to his name.  In reply, India’s opener KL Rahul and Nair put up a healthy start of 58 runs in 14.4 overs, helping Ambati Rayudu land India to victory.  FULL CRICKET SCORECARD: India vs Zimbabwe 2016, 3rd ODI at Harare

Zimbabwe now have only match to prove everyone wrong that they can match up to a second-string Indian side and provide their fans something to cheer about. Their bowlers were fairly economical much like the first match with Chamu Chibhabha and Tendai Chatara keeping the flow of runs in control. In both the matches, it was not the bowlers that let them down but the batsmen who were unable to provide them any breathing space to make mistakes and recover.

Sibanda showed solid grit and spite in his 69-ball 53 knock. Apart from him, Chibhabha was the only other batsmen to cross the 20-run mark. Craig Ervine, who was dropped in the second ODI, could get another game, as Sean Williams is injured. Peter Moor, on the other hand, has not performed in the two matches and is likely to be dropped. Hamilton Masakada, Elton Chigumbura and Sikandar Raza will need to bat with more responsibility and look to occupy the crease for much longer time. ALSO READ: Yuzvendra Chahal, Ambati Rayudu shine as India clinch ODI series win vs Zimbabwe at Harare

India, having won the series, will look to experiment a bit and call in some of the benched players to get some game time. Nair, who made a 68-ball 39, could be replaced by Faiz Fazal for the final game. The middle order has been untested so far in the tournament and it would be only unfair to drop any of them.

Dhoni will be proud of the bowlers, who have consistently performed well both the times India have bowled first. Having already won the series, he might opt to field second to put some pressure on the likes of Chahal, Barinder Sran and Jasprit Bumrah. India might give Jayant Yadav a spot in the playing XI in place of Akshar Patel, who has been economical so far. Yadav’s off-spin will give the team another dimension.

It is quite hard to predict how Dhoni thinks; but going by history, he might spring in a surprise and include a cluster of changes in the playing XI for India. It would do a world of good for a young blooded Indian side if they achieve an ODI whitewash. Zimbabwe, on the other hand, will look to finish the series with their pride intact after two poor outings. 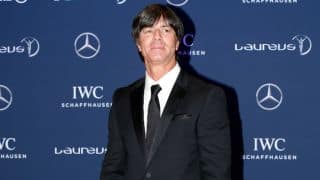 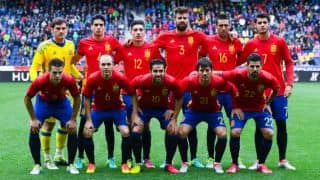