Zimbabwe suffered a blow ahead of their home series against India starting June 11, as their fast bowler Tinashe Panyangara was ruled out of injury. India will be touring Zimbabwe for a three-match ODI as well as a three-match T20I series, and MS Dhoni will be leading a very young side on this tour. A back injury has ruled out Panyangara from the tour and Zimbabwe have picked Taurai Muzarabani to replace the injured 30-year-old fast bowler. Panyangara was a part of a training camp to prepare for the India series, but he complained of his back. 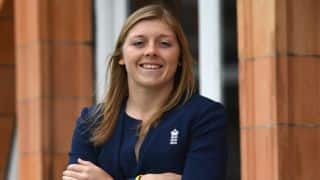