Allan Lamb had high words of praise for the Indian pace attack, and had recommended Ravichandran Ashwin and Kuldeep Yadav as their frontline spinners in the dry summer.

Former England captain Allan Lamb has marked India as favourites for the upcoming five-Test series against England in an interview with The Times of India. This, despite India losing 0-4 in 2011 and 1-3 in 2014, and having won only one series in England in the past 32 years. “India will start as the favourites going into the series. I expect the conditions to be in their favour as the series unfolds,” predicted Lamb. “I would go with a 3-1 scoreline in favour of India.”

“It has not rained here much in the last few weeks. This will result in wickets being on the drier side and that should bring the Indian spinners into play,” he explained.

Lamb, famously successful against the West Indian pace battery during his playing days, praised the Indian pace attack despite Bhuvneshwar Kumar being ruled out of the first three Tests: “Ishant [Sharma] is coming after having had a good county stint. On the other hand, Jasprit Bumrah [who will miss the first Test], Umesh Yadav and Mohammed Shami are capable of bowling with pace and conditions will help them get some swing as well.”

On the other hand, he is apprehensive about the celebrated English new-ball duo: “It will be interesting to see how the English quicks — James Anderson and Stuart Broad — shape up considering they are returning from injuries.”

Lamb also recommended that India should pick Ravichandran Ashwin and Kuldeep Yadav as their spinners: “I am impressed with Kuldeep. Yes, Joe Root and a few others did read him in the one-dayers, but I would want to still see him in action in the Tests. He and Ashwin will be a good combination to go with.”

There were also words of advice for the English batsmen on how to combat spin: “You can’t just walk in thinking of only employing a particular shot such as the sweep. The trick is to use your feet as much as possible.”

Cheteshwar Pujara, Ishant and Ashwin have all played county cricket before, which, according to Lamb, should come in handy: “It’s a big plus. As a bowler you would know the lengths to bowl to, and as a batsman you learn to make those minute adjustments on English pitches.” 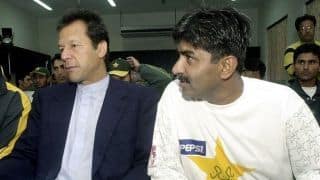 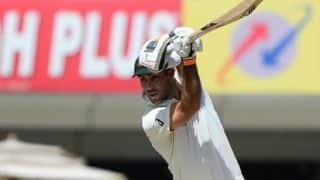