Pakistan spinner Saeed Ajmal predicted tough time for England in the upcoming One-day series against India, saying that they would not be able to repeat the stupendous home performance in the away series. 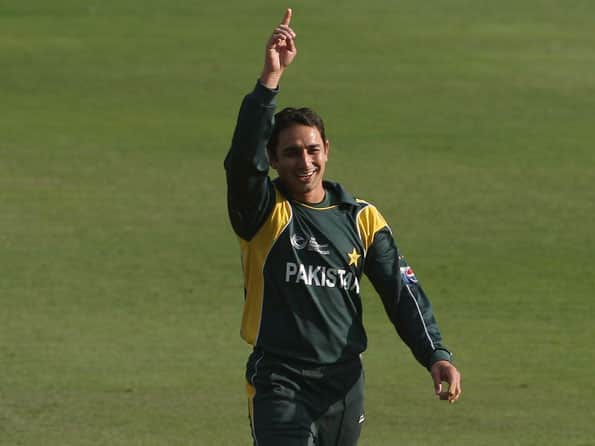 Pakistan spinner Saeed Ajmal predicted tough time for England in the upcoming One-day series against India, saying that they would not be able to repeat the stupendous home performance in the away series.

England had beaten India comprehensively in the Test series and also drubbed them in ODIs.

“England has improved a lot and is a top side but I believe the seaming conditions in England helped them a lot and India went into the series unprepared. But when England go to India they are going to face a different Indian side and I think they will lose the series,” Ajmal said in an interview.

“In India the pitches will be slow and dusty and will assist the spinners and India will plan accordingly and try to avenge their humiliation in England,” Ajmal said.

The Pakistani spinner, one of the top spinners in the world today, said in modern times the job of a spinner has become very tough.

“To not only survive but also succeed as a spinner these days I think it is important to be able to do well in all three formats and lots of variation in your bowling is the key to success,” he said.

Ajmal who turns 34 this month said that he became a better player after the World T20 Cup Semi-final, where Mike Hussey thrashed him badly in a decisive final over.

“I cried after that match to be honest and than I went back and looked at my game again. I worked hard on my fitness and lost around eight kilograms to improve my fitness. I also worked a lot on my variations in the sport.”

Ajmal said he had learnt that a top spinner have to have the ability to bowl with different variations in all three formats of the sport.

“Today I bowl the ‘Doosra’ which is my stock weapon in three different variations. But I am also now relying a lot on the traditional off-break ball.”

“To me Test cricket remains the ultimate challenge as you can plan and bowl long spells. But at the same time since T20 cricket is so popular now I have developed different variations for T20 cricket and I am enjoying success now.”

Ajmal said he admires England off-spinner Graeme Swann and learnt many things after watching him bowl.

“Swann is a good example of how a top spinner can perform well by using variations in all three formats of the sport. I have watched him bowl closely and he bowls the off-break in three different actions and leaves the batsmen guessing.”

The Pakistani off-spinner who made a late entry into the Pakistan team at the age of 32 has taken 56 Test and 63 One-day wickets and 45 wickets in T20 cricket to become the country’s top spinner in the last one year especially after the forced suspension of leg-spinner Danish Kaneria from the Test side.(PTI)