Immediately following the win, the Indian social media, and Twitter blasted out wishing congratulations to the Indian Kabaddi team, and so did the Indian cricketing fraternity.

The Indian Kabaddi team created history on Saturday, when they clinched their maiden Kabaddi World Cup title in the inaugural edition of the tournament, as they beat Iran 38-29 in the final of the tournament at The Arena in Ahmedabad. This is also India‘s third successive major title win in Kabaddi. Immediately following the win, the Indian social media, and Twitter blasted out wishing congratulations to the Indian Kabaddi team, and so did the Indian cricketing fraternity. Cricketers ranging from Virendwer Sehwag, Mohammad Kaif, Dhawal Kulkarni, Harbhajan Singh, Yusuf Pathan, Manoj Tiwary, Amit Mishra and many more expressed their heartiest congratulations to the team. LIVE Cricket Scorecard, India vs New Zealand, 3rd ODI at Mohali

India fought off a tough challenge from Iran to win their third consecutive Kabaddi World Cup here on Saturday. In perhaps the most exciting match of this World Cup, the Indians overturned a first-half deficit with a superb second-half performance to win 38-29. India have thus won all the three Kabaddi World Cups held so far. They have beaten Iran in the finals of all the three editions. India today triumphed in the 2016 Kabaddi World Cup for a third straight time as they staged a remarkable fightback to overcome a tough Iran 38-29 in the title clash, maintaining their dominance in the sport.

Congratulations TEAM INDIA Proud of you all. Outstanding performance by the team. #KabaddiWorldCup2016

What a proud feeling! Congratulations to the World Champions – Team India #2016KabaddiWorldCup

Good win India that was a complete team effort and super Energy from fans#Championindia #2016KabaddiWorldCup pic.twitter.com/ymfOXw2oVr

Congratulations India on winning the #kabaddiworldcup2016 .What a proud feeling to be the

What a good evening. And a top testimonial for kabaddi. #kabaddiworldcup2016

This was India’s third title triumph on the trot in a sport they have dominated for long. Incidentally, Iran tasted defeat to India in the last two World Cup finals and at the Asian Games. Ajay Thakur was the star performer of the final, claiming 12 points. Iran fought bravely and took the lead going into the first half break at 18-13, but Thakur changed the complexion in the second half and he was helped by some resolute defending from the hosts.

(With inputs from PTI, and IANS) 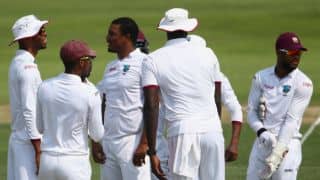 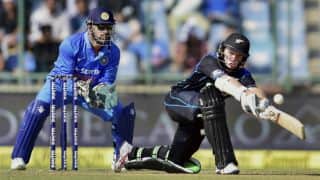