Indian women’s team recalled senior players Jhulan Goswami and Poonam Raut for their upcoming quadrangular series in South Africa. Raut is making a comeback after an impressive domestic run while Goswami is returning from a shoulder injury. Mithali Raj will continue to lead India with experienced players like Harmanpreet Kaur, Veda Krishnamurthy and Sushma Verma in the mix. Raut last represented India in February 2016. Goswami missed the ICC Women’s World Cup qualifier in February due to the same injury. Raut recently scored a century against Railways to beat Delhi in the domestic one-day final to defend their tag as champions.

Notable misses from the squad are Thirush Kamini and medium pacer Soni Yadav, who played the ICC World Cup qualifier final against South Africa. Batswoman Smriti Mandhana continues to undergo rehabilitation after she picked a knee injury during her participation in the Women’s Big Bash League (WBBL) in December 2016.

Sushma Verma continues to remain team’s No.1 wicketkeeper. Team management has also picked Nuzhat Parween as the second keeper. Parween made her India debut playing in a T20I match against West Indies.

This will also be Tushar Arothe’s first assignment as India coach after replacing Purnima Rau last month. Apart from India, South Africa, Ireland and Zimbabwe are also a part of the quadrangular series. Warm-up matches start from May 4 post which teams proceed to the series of round-robin games where each side will play six games each.

There will also be a third-place playoff match that will be followed by a final. All games will be played at Potchefstroom. 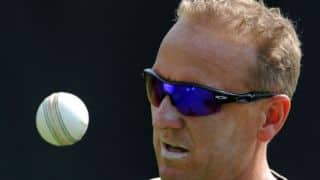 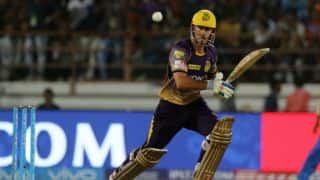 IPL 2017: Chris Lynn hits the nets ahead of KKR’s clash vs RPS