India Women have bagged the series and will look forward for a 3-0 whitewash with a victory in the third T20I at Sydney.

An exceptional performance from the India Women helped them register their second consecutive victory in the second Twenty20 International (T20I) over the Australia Women at Melbourne. The victory is a historic one as with this the India Women win their first ever bilateral series in Australia and that too with full domination. The visitors performed very well in the series opener and had defeated the Australia Women, commonly known as Southern Stars, to claim their lead and now with this win, they have bagged the series and will look forward for a 3-0 whitewash with a victory in the third T20I at Sydney. Full Cricket Scorecard, India Women vs Southern Stars, 2nd T20I at Melbourne

The match started off late due to rain and was curtailed letting each team play 18 overs. As soon as India got the ball, Jhulan Goswami gave them their first breakthrough. Goswami’s delivery found its way through Grace Harris’ bat and pad and dislodged the bails. Australia Women lost their first wicket after three balls and Australia kept on losing wickets one after another. They lost two more wickets within five overs as Beth Mooney and Ellysse Perry departed soon without contributing much. Anuja Patil took a brilliant catch in a Jhulan Goswami delivery to dismiss Mooney while Perry went for a miserable run out. Full Cricket Updates, India Women vs Australia Women 2015-16, 2nd T20I at Melbourne

The partnership that Australia Women were searching came from the duo Meg Lanning and Jess Jonassen. The pair took their time and settled down to add 70 runs. Only four players in the whole innings managed to get to the double digit scores, opener Beth Mooney, Meg Lanning, Jess Jonassen and Alex Blackwell being the players. Lanning remained unfortunate as she got out for 49, missing on her half-century by a solitary run. Jonassen also followed the skipper scoring 27 off 26. Alex Blackwell added some last moment runs and Australia Women posted a score of 125 for 8 playing their 18 overs.

The Indian bowlers did exceptionally well with ball. Jhulan Goswami started the destruction taking an early wicket and went on to finish with 2 wickets for 16 runs. She was rightly supported by Rajeshwari Gayakwad who took 2 for 17. Poonam Yadav and Harmanpreet Kaur were the two other successful bowlers who took one wicket each.

Chasing the target looked easy for the India Women as Mithali Raj and Smriti Mandhana took the charge. The openers were cruising towards the target while rain once again caused interruption. The umpires, after a thorough discussion, decided to cut the game down. Applying Duckworth-Lewis method, the new target was set and the visitors needed 13 runs off 12 balls.

The two batsmen at the crease did not waste much time as they started hitting boundaries straight away to get to the total fast. 69 were up within 9.1 overs and India Women won the match and series. The victory is a historic one as it marks the first ever bilateral series win by India Women in Australia. The Australia Women bowlers could not do much as they failed to bag any wickets. The most successful of them remained Jess Jonassen who gave 7 runs in her 2 overs maintaining an economy of 3.50. 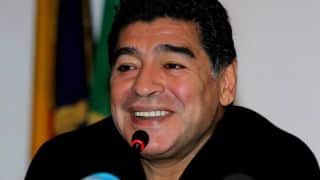