India Women bowl England Women out for 92; firmly in control at Tea on Day 1 of only Test at Wormsley

India Women bowl England Women out for 92; firmly in control at Tea on Day 1 of only Test at Wormsley
By Shiamak Unwalla

India Women continued their tremendous bowling performance even after Lunch in the post-Lunch session of the one-off Test against England Women at Wormsley. It was Nagarajan Niranjana who started the slide in the first session with a marathon spell of 10 overs on the trot, taking four for 11 in the first session. In the second session, it was the turn of Shubhalakshmi Sharma to take the game away from England.

Sharma, the right-arm medium pacer, took two wickets in two balls getting rid of Natalie Sciver and Anya Shrubsole. Debutant Sonia Odedra hang in for a while before falling to Ekta Bisht, while No 11 Kate Cross was run out for just four to end the England innings eight runs short of triple figures.

Earlier, Niranjana was absolutely unstoppable with the ball, as she bowled unchanged throughout the first session to end with remarkable figures of four for 11 in 10 overs. India won the toss and elected to field first in overcast conditions, and were vindicated almost immediately as Niranjana struck early, getting rid of Heather Knight with the score on one. She continued her march, removing Lauren Winfield for eight before getting the big fish, Charlotte Edwards, for just four. England were at this point 28 for three.

However, their woes did not end there, as Shikha Pandey got into the wickets column as well, accounting for the well-set Tammy Beaumont for 12. Niranjana was not yet finished though, as she got rid of Lydia Greenway in the penultimate over of the session to end with four wickets before Lunch.

England will be hoping to avoid being dismissed for less than 100, but with Sarah Taylor and Natalie Sciver being the last recognised batswomen, India will be targetting bowling them out for a low total. The post-Lunch session ought to be a fight for survival for the English, but if they can get through it without further losses, they might hold the upper hand on a pitch which has a lot in it for the pacers. 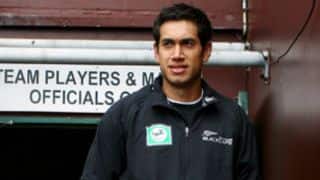 Ross Taylor: Sharing experiences with players helps you to improve 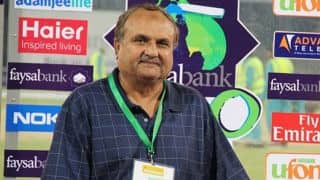