The Mithali Raj-led side, who reached the final of the ICC Women's World Cup, remain in fourth place but have gained three points to reach 116 points.

Dubai [UAE]: Making significant gains in ratings points, India, the Women’s Cricket World Cup 2017 runners up, have strengthened their fourth spot in the latest ICC ODI Rankings. The Mithali Raj-led side, who reached the final of the ICC Women’s World Cup, remain in fourth place but have gained three points to reach 116 points and with New Zealand firmly in their sights. “Gaining these valuable points is no mean achievement and have come after some fine performances over the past year, including at the World Cup. I’m sure this will inspire our team in matches ahead,” said Raj.

“We are now close to New Zealand in the rankings and will aim to be number three,” she added. Meanwhile, world champions England dethroned Australia from the top position.

England are now level with Australia on 128 points but ahead on decimal points after the annual update, following which results from the 2013-14 season are no longer included. The rankings now take into account 2014-15 and 2015-16 seasons at 50 per cent each while the 2016-17 season accounts for 100 per cent.

Heather Knight-led England, who won the ICC Women’s World Cup earlier this year, have climbed from 125 points to reach 128.47 points. Australia are on 128.43 points, slipping from the top spot for the first time since the combined women’s rankings were introduced in October 2015. England and Australia are the only sides to see a change in the rankings with New Zealand retaining third position with their pre-update tally of 118 points.

The Windies are in fifth position but have lost four points to be at 101 points, South Africa remain in sixth position and on 93 points, Pakistan have lost one point and are on 72 points while Sri Lanka too are unchanged in points to take eighth position with 67 points.

Bangladesh (37) and Ireland (30) are the bottom two sides on the points table. 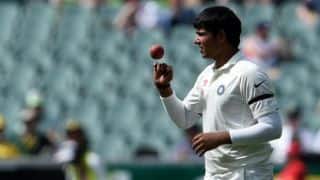 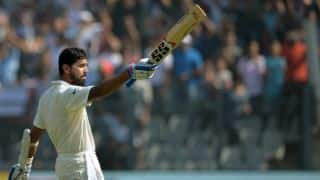