Catch the live streaming of ICC Women’s World T20 2016’s 1st match, Group B, between India Women and Bangladesh Women at starsports.com. India Women face the Bangladesh Women in their series opener of ICC Women’s World T20 2016 at M Chinnaswamy Stadium, Bangalore. The India Women have a balanced team with experienced and in-form players by their side. The two most experienced and talented players of the side are their skipper Mithali Raj who opens the batting and Jhulan Goswami, the top-ranked Women’s bowler who opens the bowling. Apart from these two, the team has hard-hitters like Harmanpreet Kaur and Rajeshwari Gayakwad while talented bowlers like Shikha Pandey and Ekta Bisht. Live Cricket Scorecard: India Women vs Bangladesh Women, Women’s T20 World Cup 2016, Match 1 Group B at Bangalore

Bangladesh on the other hand did not have a very good time lately. The team has failed to perform as a unit and mostly rope on individual performances which affect the consistency of the team. The most dependable players currently in the squad is Rumana Ahmed. The player is quite successful to score important runs batting down the order even after a top-order collapse while is equally successful with the ball in hand. The top order has not been performing up to the mark for a long time now which evidently is one of the factors behind their defeats and is needed to be rectified. The same thing goes with the bowlers as well. The bowlers have leaked runs and have not been able to scalp wickets at times as well, which helped their opposition score good runs which made achieving the victory a tough task for Bangladesh Women. 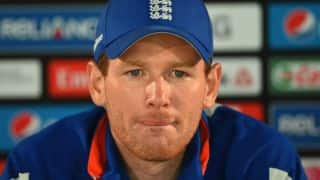