India take on Bangladesh in the opening match of ICC Women’s World T20 2016 at M Chinnaswamy Stadium, Bengaluru on Tuesday. Bangladesh and India have been grouped along the likes of England, Pakistan and West Indies in Group B. The other group has Australia, Ireland, New Zealand, Sri Lanka and South Africa fighting for the spot in the knock-out stage. India and Bangladesh will be led by their regular skippers, Mithali Raj and Jahanara Alam respectively. Both the sides, India and Bangladesh played two warm-up matches each ahead of the main event. While India won both theri fixtures, Bangladesh lost one. LIVE CRICKET SCORECARD: India vs Bangladesh, Match 1, ICC Women’s World T20 2016 at Bengaluru

Jahanara Alam-led Bangladesh side is determined to make a positive impression after they snatched their first victory against Ireland in a warm-up match. With the men’s side doing so well in the shortest format of the sport, Bangladesh women will want to replicate the same feat. However, it would not be easy for the visitors as the likes of Jhulan, Anuja and Ekta would like to test their fragile batting lineup.
The Indian batting line-up is strong as well with the skipper, Mithali Raj opening the innings for them. Since 2014 World T20, the Indian captain has scored 183 runs at 30.50 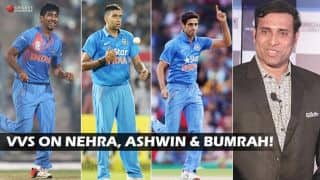 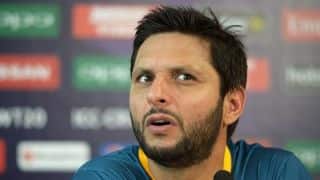