Indian captain Mithali Raj Sunday urged her team-mates to “work on partnerships” as they looked to claim an unassailable lead in the three-match ODI series against England. (ALSO READ: 2nd ODI: India women aim to close out series)

“We have to work on partnerships. We had just 2, between the openers and mine with Taniya (Bhatia). We need to work on playing the middle overs,” said Mithali on the eve of the second one-dayer here.

Openers Jemimah Rodrigues, who top scored with 48, and Smriti Mandhana added 69 runs for the first wicket and after a mini collapse, the innings was resurrected by a 54-run stand between Mithali (44) and wicket keeper Tania (25) for the sixth wicket. (ALSO READ: Mithali Raj backs women’s IPL after World Cup performance)

India, who made 202, defended the modest score with some crafty spin bowling by left-arm Ekta Bisht (4 for 25) to emerge victorious by 66 runs and take a 1-0 lead.

“When we can go and score 200 with just 2 partnerships, if another couple of batters can score runs, that would be a good score on this wicket,” Mithali pointed out.

“She has gradually improved since her debut in South Africa. So much exposure at such a young age will only help her progress more and take responsibility of giving a good start. India have, for long, struggled to have a good opening pair. Now I can see good starts since the New Zealand (tour),” she remarked.

She also hailed the bowling of Shikha Pandey after an indifferent run of form.

“She’s been with team for long. Every player goes through a lean patch. As a senior and captain it’s my duty to give more confidence, giving more opportunities.

“Since the New Zealand tour you’ve seen how she has taken up the responsibility of the first spell along with Jhulan Goswami. Jhulan, being around, also helps, as she shares her experience. With a senior around, juniors develop under their wings,” she explained. 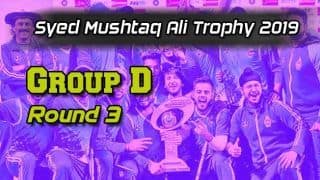