Bisht took three wickets in the 41st over to seal India's win and help the hosts take a 1-0 lead in the three-match series.

Left-arm orthodox bowler Ekta Bisht, who starred in India women‘s 66-run win over England women in the opening ODI here on Friday, said this was the first time she had scalped three wickets in an over in the fifty over format although she has a hat-trick in T20 cricket.

“I have taken a hat-trick in T20, but this is the first time in ODIs that I have taken three wickets in an over. But, I have figures of 10 overs, 8 runs and 5 wickets against Pakistan,” the Almora-born Bisht told reporters at the post match media conference.

Bisht took three wickets in the 41st over to seal India’s win and help the hosts take a 1-0 lead in the three-match series, and more importantly, grab two points in the ICC Women’s Championship. (READ: We want to make history in India: Heather Knight)

“Whenever Raman sir finds any fault, he makes it a point to come and rectify those errors. He stresses on little points and that helps us. Earlier, I was bowling sideways, but he told me to change that action a bit and that helped,” said Bisht, crediting Raman, who started his career as a left-arm spinner.

Bisht also said that they expected the pitch to help the spinners later in the day.

“In the morning it looked the ball would skid. But later, when I spoke to Poonam (Yadav) and other spinners, we figured out that we will reap benefits in the second innings. With time, it will turn and it happened that way. Even other bowlers got help, she added. (READ: Team focused on getting direct entry into 2021 World cup: Mithali Raj)

“When they were three down for 114, we decided not to give up. We fielded well and bowlers like Jhulan di and Shikha backed us well. Shikha bowled very well,” Bisht said.

“Jhulan di and Shikha gave breakthroughs and took key wickets. When I came in the 11th over, my target was to keep up the pressure. I did not go for wickets. The idea was to restrict runs. Initially I bowled slow, but in the second spell the wicket had dried up. Then, I bowled my normal deliveries and did not try too many variations.” 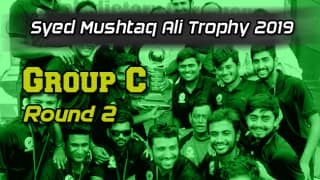