After being out in to bat, India lost opener Priya Punia early for a ten-ball four to Sophie Devine but in-form Smriti Mandhana and Rodrigues put on 63 runs for the second wicket to steady the Indian innings. However, the fall of Mandhana to Rosemary Mair in the 10 over halted the Indian momentum and as was the case in the first T20I, the middle-orde failed to build on the good start by the top order.

Skipper Harmanpreet Kaur drove on off Leigh Kasperek to rival skipper Amy Satterthwaite at short extra cover to depart for five. Dayalan Hemalatha retired hurt for two after injuring her shoulder when attempting a dive, followed by the wicket of Deepti Sharma (run out) for six.

But Rodrigues kept her end intact and took on legspinner Amelia Kerr, hitting her for three straight boundaries. Rodrigues though departed in the 19th over to Kerr after hitting six fours and one six. India when on to lose on more wicket in the final over in the form of Arundhati Reddy for 3 to Mair.

Veteran Mithali Raj was once again not picked for the 2nd T20I despite Indian batting unit collapsing in the 1st T20I. 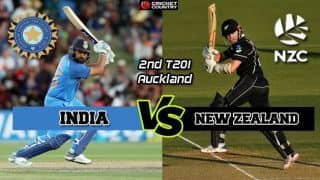 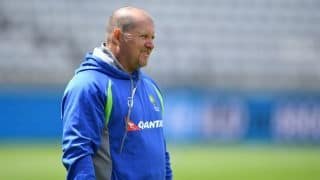