Mithali will continue to lead the team in the three-match ODI series, which will follow the five T20 Internationals, where Harmanpreet Kaur will captain.

Rookie batter Shafali Verma, all of 15, on Thursday became one of the youngest to be picked in the Indian women’s cricket team, her arrival coinciding with the departure of the long-serving Mithali Raj from the T20 scene.

Verma, whose ability with the bat has impressed many, including Mithali, has been selected in the Indian team for the first three games of the upcoming five-match T20 International series against South Africa.

Mithali will continue to lead the team in the three-match ODI series, which will follow the five T20 Internationals, where Harmanpreet Kaur will captain.

A little over five feet tall, Shafali was chosen following her good performances in the Women’s T20 challenge earlier and at the age-group level this year. The diminutive Haryana-girl played under Mithali for Team Velocity in the women’s T20 challenge which was held during the IPL earlier this year.

The youngster has a strike rate of 150-plus in the under-19 and under-23 category domestic events. Besides effectively wielding the willow, she also bowls off-breaks.

England’s illustrious cricketer Danielle Wyatt has also praised the talented Verma, calling her a “superstar” in the making.

Gargi Banerjee, at 14 years and 165 days, remains the youngest to play for the Indian women’s cricket team. She played her first ODI against England in 1978 and the first Test against Australia in 1984. She represented India in 12 Tests and 26 ODIs.

In recent times, big-hitting sensation Jemimah Rodrigues created quite a flutter when she made the Indian team at an age of 17.

In the teams announced on Thursday, Smriti Mandhana will be Harmanpreet’s deputy in the T20s.

Mithali decided to quit T20 Internationals after a career spanning 89 matches in which she scored 2364 runs and 17 half-centuries. She led India in 32 T20Is.

The selection committee meeting held at the BCCI headquarters on Thursday was attended by Mithali while T20I captain Harmanpreet and coach WV Raman connected via teleconference.

Pooja Vastrakar returns to the T20 squad after recovering from an injury. This will be the first T20 assignments for India since Mithali announced her retirement recently.

The T20 series assumes significance for India as they would look to regain lost ground after suffering defeats in their last six matches in the format.

The Indian team will conduct a preparatory camp at the National Cricket Academy in Bengaluru from September 12. The T20 series begins in Surat on September 24, while the ODIs kick off on October 9 in Vadodara. 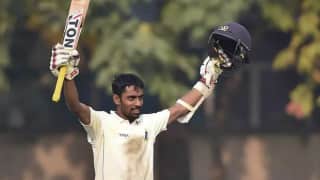 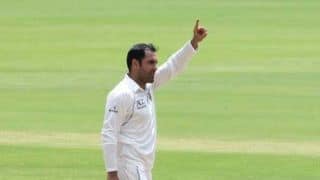 Mohammad Nabi set to retire from Tests after Bangladesh tie