After winning the first ODI comprehensively, India women continued their winning juggernaut against South Africa as they an unassailable 2-0 lead in three-match series on Friday.

Medium-pacer Ayabonga Khaka offered South Africa a glimmer of hope as she picked up three wickets including Raut s scalp.

But a well-paced knock by deputy Harmanpreet Kaur ensured that India reach the finishing line without much fuss. Harmanpreet played a brilliant hand of unbeaten 39 off just 27 balls that included five boundaries and one six.

However, Punam (65 off 92) and Mithali (66 off 82) resurrected the chase by sharing a 129-run partnership for the third wicket. Both Mithali and Punam fell to poor shots the skipper attempted an expansive drive going to sweeper cover, while the latter played a dangerous scoop which caused her departure.

Earlier, South Africa produced a much-improved batting performance which took them to a solid 246/5 on a slow Vadodara pitch.

Opener Laura Wolvaardt (69), Mignon du Preez (44) and Lizelle Lee (40) played crucial knocks to power visitors to a respectable total in their quota of 50 overs. Pacer Shikha Pandey and slow ball bowlers Ekta Bisht and Poonam Yadav picked up two wickets each and bowled disciplined lines to put a cap on the visiting batswomen.

However, once Goodall was dismissed in the 43rd over, skipper Sune Luus (12) couldn t stay long either. Du Preez took South Africa close to 250 before falling in the last over.

Courtesy the all-round show, the home side has once again proved their mettle against a strong South African squad in the limited-overs format. Previously, Indian eves had won the opening ODI by 8 wickets where bowlers emerged as the real stars of the show for the hosts.

All five bowlers employed by India picked up at least a wicket as they bowled out South Africa for 164. Later, debutant opener Priya Punia and Jemimah Rodrigues scored half-centuries as India cruised to victory with eight wickets in hand and 8.2 overs to spare.

India will now play South Africa in the third and final ODI on October 14. 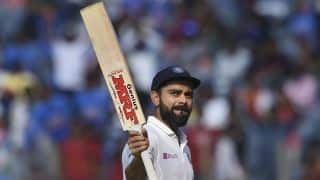