West Indies Women have already started their training sessions for the matches that will be held from November 10 to 22.

After ICC Women T20 World Cup 2016, India Women will be seen in the blue attire after gap of six months against T20WWC champions West Indies Women for three One-Day Internationals (ODIs) and three Twenty20 International (T20I) series in India. Considering the matches will be held at Vijaywada, there are security concerns looming on the tour as the area is closer to Line of Control (LOC). West Indies have already started their training sessions for the matches that will be held from November 10 to 22. Citing the recent blasts in Chittoor and Nellore district courts, DGP N Sambasiva Rao held press conference for the same the state going through terrorists attacks, on Monday. ALSO READ: Mithali Raj keen to improve ICC Women’s Rankings

One of the police officer said, With the spurt in terrorist activities across the country and on the borders at Line of Control (LoC), we are providing foolproof security for the players. Security has been beefed up at the hotel where the players are accommodated and at the play ground. The terrorists attacks were carried by triggering explosive material in pressure cookers.

Andhra s Chief Minister Chandrababu Naidu will be meeting the players along with the Andhra Cricket Association (ACA) members on Wednesday, saying, As of now there is no threat perception for the team members. Still adequate security has been provided for the cricketers with different police parties. Sniffer dogs, intelligence and access control teams have been pressed into service. West Zone s ACP is monitoring the arrangements that are to be made for the series.

Ibrahimpatnam Circle Inspector D. Chawan said, Route security has been arranged with Road Opening Parties, Andhra Pradesh Special Police (APSP) for the players and bus escort is being provided for the players who are visiting the ground for practice. The ODIs will be held on 10,13 and 16 while the T20I series will begin from November 18,20 and 22. 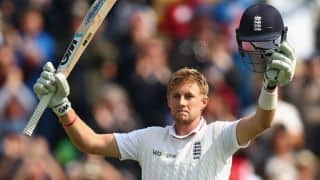