Bumrah has credited fitness and blocking out criticism as key to his success.

Not taking what people say about him too seriously, staying fit physically and mentally and backing himself constantly are what keeps Jasprit Bumrah ticking, the India fast bowler has said.

In an interview with the Times of India, Bumrah explained that hearing comments on his action over the years has become common and that he blocks it out.

With 48 wickets in his first year of Test cricket, Bumrah was the find of the year for India despite having played 62 limited-overs games before he made his Test debut in South Africa in January. With five-wicket hauls in South Africa, England and South Africa, Bumrah emerged as the leader of India’s pace attack.

After claiming 14 wickets in three Tests in South Africa, he missed the first two Tests in England. Slotting back for the third at Trent Bridge, he had a huge role in India’s 203-run victory with seven wickets. In Australia, Bumrah has so far claimed a series-leading 20 wickets in three Tests while consistently proving a threat. His deliveries to get Faf du Plessis on debut, bowl Jonny Bairstow at Trent Bridge and the dipping yorkers the accounted for Shaun Marsh and Travis Head either side of lunch at the MCG were terrific. (READ MORE: Rohit Sharma is a reassuring captain: Jasprit Bumrah)

During his career-best 6/33 in India’s win at the MCG in December, Bumrah eclipsed a 39-year-old Indian record.

Reflecting on his first year as a Test cricketer, Bumrah said that his comeback to the XI in England, after injury ruled him out of the defeats in Birmingham and at Lord’s, in a famous win at Nottingham was special.

“The third Test in England, Trent Bridge. I had missed the first two Tests and was making a comeback and there was so much talk already – in the England camp – they’d seen some videos, there was some analysis and all they did and there were experts there who said ‘this guy has only one type of delivery’, etc,” he said. “Some claimed I only had an away delivery for left-handers. I said fine, if this is what they’re thinking, then I have a bit of an advantage here. Because they don’t know that I have an out-swinger as well. I remember I was bowling to Keaton Jennings and I started with two away deliveries. I teased him by moving slightly over the wicket before bringing one back in slightly. It turned out to be just enough. Small joys are the best ones.”

Asked about any other special moments from 2018, Bumrah said: “Debut in Cape Town, a series win in Australia – what can be more wonderful than that? Now that I look back, small things that happened between spells, between innings, how wonderfully I got to learn with each passing game. The first innings in Cape Town for instance, I bowled, learnt what kind of line was required there, what the conditions demanded. And then coming back in the second innings keeping those aspects in mind, doing what was required – that is what I cherish.”

Staying fit, stressed Bumrah, was the key for success as a bowler. “When I first made the transition from first-class cricket to the international stage, I realised that if I had to sustain myself at this level, my idea of fitness would have to be taken to a whole new level. Fitness was the criteria back then too but international cricket is a different ballgame. Thankfully, I realised this quickly,” he said.

“Cheat days get lesser by the day. The more you inculcate discipline, cheat days just keep disappearing and there comes a time when the idea of a cheat day doesn’t even occur to you. I changed my diet, changed my training routines, starting ticking certain boxes that were new to my daily routine. It’s simple – if I have to give myself the best opportunity to perform, I’ve got to remain in the best shape possible. The thing is, reaching certain fitness levels is only half the work done. Staying there is the tougher half. The real challenge begins when you reach the top.” 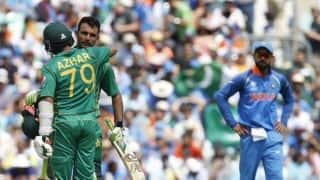 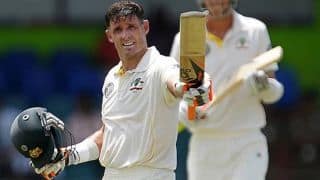