The Indian cricket team will leave for Australia on January 5, 2016 for their limited-overs series, the secretary of the Board of Control for Cricket in India (BCCI), Anurag Thakur informed on Thursday. The Indian cricket team will be playing five One-Day Internationals (ODIs) and three Twenty20 Internationals (T20Is) in Australia, which is a part of their build-up for the ICC World T20 2016, which will be held in India for the very first time. India will also be playing a three-match T20I series against Sri Lanka sometime in February, which will be followed by the Asia Cup 2016 in Bangladesh. COMPLETE CRICKET COVERAGE: India vs Australia 2015-16

The Asia Cup 2016 will be a T20 tournament for the very first time, and it will certainly serve as an excellent preparatory competition for all participating teams ahead of the ICC World T20 2016. The tournament is expected to be organised between late February to March.

Thakur, discussing the possibility of the India versus Pakistan bilateral cricket series informed that there isn t much time left for a decision to be taken on it. He was quoted as saying by PTI, “It is their [PCB s] call what is a comfortable time to host the series. We leave for Australia on the 5th of January and after a long series with South Africa it is every important to give the players 4-5 days rest. So Ideally if you have to fly on 5th you be free by 30th (of December).

The three T20Is will be played on January 26,29 and 31 at Adelaide, Melbourne and Sydney. Here is the complete itinerary of India’s tour of Australia 2016: 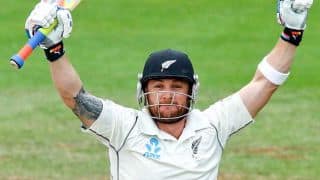