It has been a disastrous series for the Indian Eves so far as they are yet to taste a victory in four matches, including the two practice games preceding the three-game ODI series.

Vadodara: The series already lost, India Women would look to salvage some pride when they take on mighty Australia in the third and final game of the series, a part of the ICC Women ODI Championship. It has been a disastrous series for the Indian Eves so far as they are yet to taste a victory in four matches, including the two practice games preceding the three-game ODI series. It has been a dominating performance from Australia, who had lost to India in the World Cup semifinals.

Australia have showed their class by registering convincing wins in all the matches. They won the first ODIs by eight wickets and sealed the series with 60-run victory in the second match. Prior to the ODIs, India had also lost both the practice games in Mumbai by massive 321 runs and seven wickets respectively. And come Sunday, it would be Indian women’s last chance to redeem some pride and bring smiles back to the faces of their fans with a consolation win.

But to achieve a favourable result India will have to improve in all departments of the game. In the absence of veteran Jhulan Goswami, the Indian bowling attack looked lacklustre in the series with Shikha Pandey and Pooja Vastrakar leaking runs upfront. The spinners too failed to make any considerable impact with the likes of Ekta Bisht and Poonam Yadav struggling to contain the Australian batswomen in favourable conditions.

India’s batting has been unimpressive in the two matches and it has cost the team badly. Opener Punam Raut struggled in both the games and was also guilty of wasting too many deliveries while chasing 288 runs in the must-win second game. Barring left-handed opener Smriti Mandhana, who made 67 off 53 balls in the second ODI, all the Indian batswomen struggled.

Much was expected from the likes of skipper Mithali Raj, who missed the first ODI due to illness, Harmanpreet Kaur, Veda Krishnamurthy and Deppti Shama but all of them failed to make any impact. The onus would be on the Indian batters to shoulder the responsibility tomorrow and hand their side a much-needed morale-boosting victory.

Australia, on the other hand, have not put a foot wrong in the tour so far. The Australians have been clinical in all departments of the game, be it batting, bowling or fielding. Opener Nicole Bolton is in sublime touch, following up her unbeaten 100 with a classy 84 in the second ODI. Ellyse Perry struck an unbeaten run-a-ball 70 while Beth Mooney smashed a 40-ball 56 in the last match and the duo would be looking to carry forward its good form.

Captain Meg Lanning got starts in both the games before getting out and would be hoping to score big tomorrow. 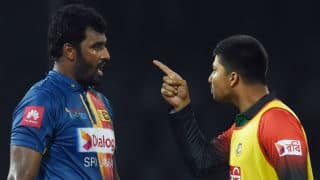