The Committee felt that both recruitment and promotions of sports persons were not being given due importance.

The Committee also said it was given to understand that foreign coaches engaged by various bodies/organisations were being paid higher remuneration vis-a-vis Indian coaches. “This practice is uncalled for if we desire to promote sports in the country. The Committee would appreciate if grading of coaches is done and equal and uniform remuneration is paid to both foreign and Indian coaches,” it said. The panel also took serious note of the fact that organisations/departments, which recruited sportspersons, should avoid engaging them in day-to-day administrative work. The recruitment of a sportperson in an organisation is a value addition to that organisation and instead of engaging him/her in administrative work, he/she should be given opportunity to excel in sports and also train and mentor junior sportspersons,” the report said.

The Committee felt that both recruitment and promotions of sportspersons were not being given due importance. “Current guidelines prescribe that Boards of Banks/PSUs and other organisations set aside up to 5 per cent of posts to be filled by sportspersons. In the absence of mandatory minimum cap, the banks/PSUs and other organisations have been recruiting sportspersons in varying percentage. This is creating confusion. The Committee recommends that DoPT should make it compulsory for all the ministries/departments to recruit 5 per cent sportspersons,” the report said.

“Job reservation for sports persons may be made mandatory in central government, its subordinate officers and undertaking including banks and insurance companies. In pay band II and III reservation for sportsperson may also be allowed for Olympic medalist and equivalent; and SAI can function as a nodal agency and work as employment exchange for recruitment of sports persons,” it said.

“…most of the sports persons were being recruited in pay bands I and II jobs only. The Committee feels that this practice should be rectified. While recruiting these sports persons they should be treated at par with pay band III officers based on their sports achievement at national and international levels.” 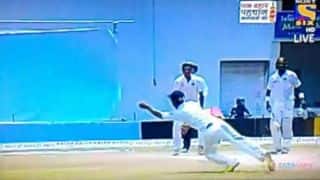