Aijaz Bashir Ashai was accused of sexually assaulting a masseuse at a hotel in Northern Ireland.

Indian cricket physio Aijaz Bashir Ashai touring with the Nepal Cricket Team was sacked by the Cricket Association of Nepal (CAN)after being accused of sexually assaulting a masseuse in a hotel in Northern Ireland on Thursday. Bashai, one of the country’s top physios, was taken to court on the same day in handcuffs following a night in custody after a complaint was lodged against him at the La Mon Hotel and Country House in Belfast. The 42-year-old physio is currently touring with Nepal in Northern Ireland and Scotland for the ongoing ICC World Twenty20 Qualifier 2015.

According to a statement by a constable at the Ards Magistrate Court which was reported on the Belfast Telegraph, Ashai had arrived for the massage without the mandatory underwear, following which he grabbed the masseuse’s hands and forced them between her legs while in a state of an arousal. While Ashai’s lawyer has admitted to him getting the massage, he denied the grabbing as well as the arousal part. Further, Ashai apologised to her in front of the hotel manager and tried to give her a GBP 10 tip, which she flatly refused. According to a report on eKantipur.com, CAN was reported to have expelled Ashai from the team.

Ashai’s bail has been set at GBP 2,500, with the physio having to relocate to the Strangford Arms Hotel, which does not have any leisure facilities and is a walking distance from both the court as well as the nearest police station. According to their itinerary, Ashai was supposed to travel with the rest of the team to Dublin for the remainder of the qualifiers, following which he was to head to Scotland.

Ashai is one of the most well-known sports physiotherapists in India. A resident of Thakur Village in Kandivali East, Mumbai, he is known to have worked with several well-known cricketers and other sportspersons. 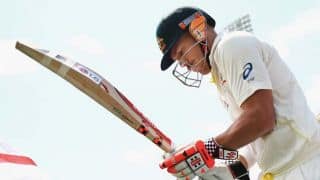