Chennai Super Kings (CSK) are coming on the back of a defeat, whereas Delhi Daredevils (DD) won comprehensively versus Kolkata Knight Riders (KKR).

We are halfway through ongoing VIVO IPL 2018. Match 30 will see Chennai Super Kings (CSK) host Delhi Daredevils (DD) at Pune if that can be called hosting, that is. After losing only their second league encounter, against Mumbai Indians (MI) on Saturday, MS Dhoni-led CSK will be wary of a mini-losing streak. On the other hand, DD have revamped well following Gautam Gambhir’s resignation. They still cannot afford any slip-up and will be eager to carry on. DD are lying at the bottom and face second-ranked CSK.

MI finally got over the line in Match 27 against arch-rivals CSK on Saturday. Chasing 170, Suryakumar Yadav set the tone, and Rohit Sharma’s coming-back-to-form led to MI’s second win from 7 encounters. CSK, riding on cameos from Ambati Rayudu, Suresh Raina and Dhoni, had posted 169 for 5. They, however, ended up 20 to 25 short due to impressive death bowling. In addition, as stated by Dhoni, CSK bowlers need to rethink about the choice of deliveries, especially in the death overs.

Meanwhile, DD had a fairytale comeback against Kolkata Knight Riders (KKR). A 55-run victory has brought their campaign right on track after Gambhir stepped down. Newly-appointed skipper Shreyas Iyer’s unbeaten 93 and Prithvi Shaw’s 62 had propelled DD to 219 for 4 their second-highest score overall. They are unlikely to tinker with the winning combination. That will mean that Gambhir is likely to watch proceedings from the dugout again.

Another win for DD would seriously bring them up the ladder. However, CSK aren’t known to be on back foot for long, and will make amends from their 8-wicket defeat versus MI. 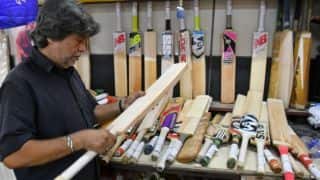