DD won their last match against CSK at Delhi, but finished last in the IPL points table with 10 points.

Delhi Daredevils (DD) have received a warning letter by BCCI for inviting cheerleaders over for dinner at Gurugram ahead of their IPL match against Chennai Super Kings (CSK). According to BCCI s Anti-Corruption Unit (ACU) guidelines players cannot come in contact with people from outside the team or management or IPL. A report in Times of India quoted an ASU official: These girls were invited. It was not that the cricketers were partying with these girls. The cheerleaders arrived, attended the dinner and left. However, the ACU has warned the team to ensure such a thing doesn t happen again. Bringing cheer-girls to the party is banned as the ACU code doesn t permit any outsider to get close to the players.”

However, DD have denied such a claim. A source from DD said: The Daredevils don t get cheerleaders to any of the private events. If the ACU officials are unhappy, they should talk to us. On the cricketing front, DD won their last match against CSK at Delhi, but finished last in the IPL points table with 10 points. 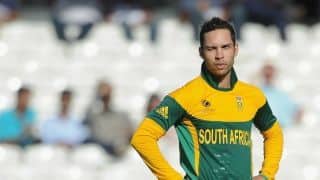 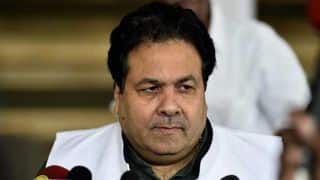