Eight mobile phones, an LCD TV, a laptop computer, two registers and slips were being used for betting.

The Delhi Police said today that it has arrested four men for allegedly running an IPL betting racket in northeast Delhi’s Gokalpuri area. The police had received information that a few people were running the racket from Chand Bagh area. The police then began gathering more information before raiding the house from where the gang was operating.

Yesterday, the police raided the house in Chand Bagh area and found the accused jotting down bets on the match between Royal Challengers Bangalore and Rajasthan Royals, Atul Kumar Thakur, deputy commissioner of police (northeast), said.

Eight mobile phones, an LCD TV, a laptop computer, two registers and slips were being used for betting. A stake amount of Rs 30,000 was also recovered from their possession, the DCP said.

During interrogation, the accused revealed that to earn easy money they started betting on IPL matches. They used to watch “live” IPL matches and note down bets using mobile phones. The cash was collected in advance as token money, he added. 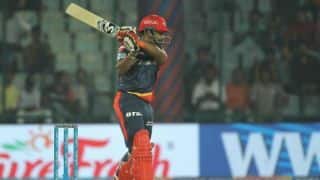 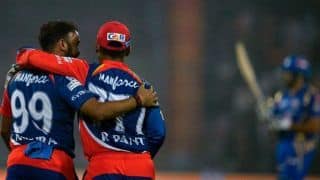